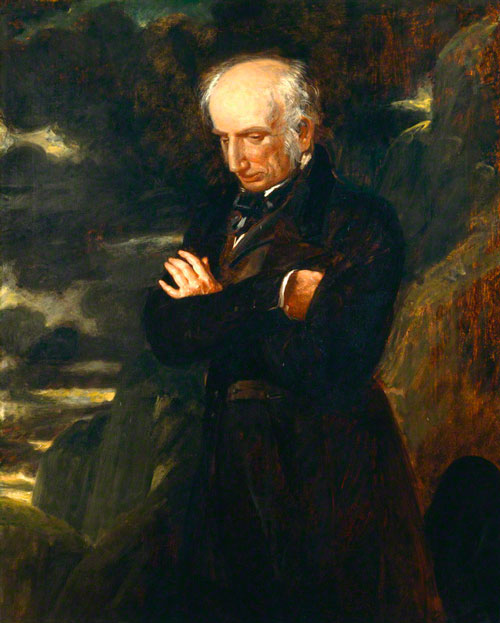 Of the three famous poets whose names are linked with the beautiful Lake Country of England—Wordsworth, Coleridge and Southey—Wordsworth’s life and work especially belong to it. Most of his poems are about nature, or thoughts inspired by it.

He was born, in 1770, at Cockermouth, Cumberland, at one end of this district, and went to school in quaint old Hawkshead at the other end. In its woods he searched for nuts, on its grassy moors he caught woodcock, and he climbed its steep crags in hunting the raven. Here it was— at Grasmere—that he returned, after his studies at Cambridge University and his travels abroad, to live, and to write. A visit from Coleridge made him determine to be a poet.

Nearly all of his poems were composed under the open sky, as he was walking along hill or lake side. A stranger who visited Rydal Mount, as Wordsworth’s home was called, asked to see where he worked. The servant took him first into a room filled with books. “This,” said she, “is my master’s library, but his study is out of doors.” On his daily jaunts Wordsworth not only composed poems, but visited the cottagers far and near. When his birthday came they repaid his interest in them by gathering at his home for a merry old English festival. Sometimes with his own hands he planted a holly-tree to make a hillside more beautiful.

By those who were closest to him, especially his sister Dorothy, his wife and his daughter, Wordsworth was revered and greatly loved. “Large-boned, lean but still firm-knit, tall and strong-looking when he stood, a right good old steel-gray figure,” Carlyle found him. Hazlitt says that there was “a peculiar sweetness in his smile,” and De Quincy, that in his eyes was “a light which seems to come from depths below all depths.” Wordsworth succeeded Southey as poet laureate. He died in 1850.