In the quiet old town of Bordeaux, on the west coast of France, was born, October 22, 1822, one of the world’s most famous artists, Rosa Bonheur. Her father was an artist. Her mother was a musician. Rosa’s waking hours were spent in playing with the cats and dogs. She loved every animal that came along, no matter how wretched it might be. 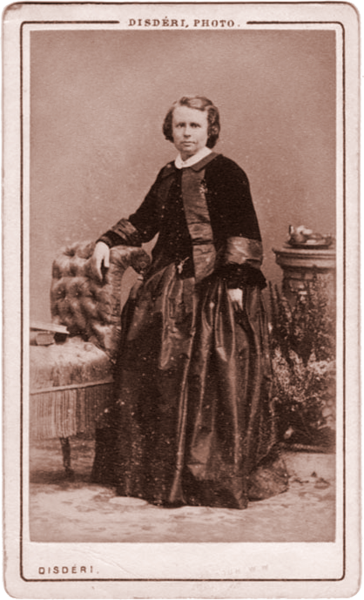 When her father moved to Paris little Rosa became very homesick for the familiar scenes in her quiet old home in Bordeaux. There was a school for boys nearby, and the master, seeing the loneliness of the little girl, asked her father to send her with her brothers to his school. The boys became very fond of her, for she entered into their sports as readily and with as much spirit as one of their own number.

In 1835, Rosa’s mother died, leaving the father to care for four small children. The family now had to be separated. Juliette, Rosa’s sister, was sent to a friend of the mother in Bordeaux; the boys to one boarding school; and Rosa to another. Rosa, at least, did not feel happy with this change. She had always lived a free, unrestrained life, and to thus be held within the bonds of school life was too much for the child. She made a dash for freedom, so transgressing on the rules of the school that the authorities of the institution gave her up in despair and she went joyously home to her father.

Rosa’s father was so busy with the giving of his lessons that he had no time to instruct his little daughter. She was free to amuse herself as she wished, which she did by drawing and painting. One day, upon returning home to his studio, he was surprised to find that she had sketched a very lovely bunch of cherries. After that he took time to give her lessons, and she progressed so rapidly that she was soon able to give lessons herself. She was advancing so well that she took to copying famous masterpieces in the Louvre, and these copies were so well done that she received good prices for them in the market places.

In 1847 Rosa Bonheur received her first prize, a gold medal of the third class, presented in the king’s name. One of her best works, “Oxen Plowing”, was painted for the Salon exhibit of 1849.

After her return to Paris, she withdrew to the village of By, in the very heart of the grand old forest of Fontainebleau. Here at By, Rosa purchased a rambling old house where she kept a menagerie consisting of birds of all kinds, and animals, both wild and domestic. Here she lived the life of a peasant, rising early, and retiring at the setting of the sun, eating the simplest of food and painting to her heart’s content.

In 1893 she had bestowed upon her the greatest honor which can come to an artist, that of becoming an officer in the “Legion of Honor.” The Cross of the Legion of Honor was pinned on her by Empress Eugenie, wife of Napoleon III. She died on May 25, 1899.